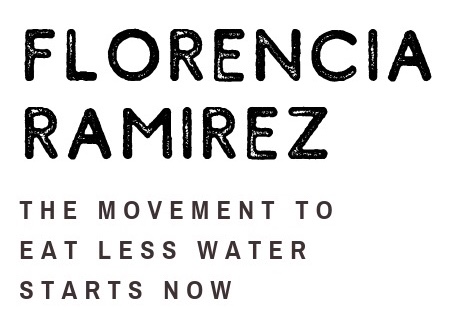 DROPS OF WATER saved my father’s life. In the sweltering days following my father’s birth, he just lay there. He did not cry. He refused milk. On the fourth day, my grandmother sent her daughter to borrow a small table from the neighbor’s chicken coop. They would need something to put his tiny body on, for the family viewing. My grandmother knew the signs of a dying baby. She’d given birth to eleven children. Only seven survived. My father’s sister came back with the table, but she refused to give up on her newborn brother. There had to be a doctor who would examine a baby for free. She ran through the heat of the Mexican summer to the town center and began knocking on doors. Someone knew a doctor, but he was busy with other patients. When he listened to her, this little girl desperate about her baby brother, the physician agreed to make a house call the next day. That night, a strong wind blew through the open window of the bedroom where my father lay. The gust startled my grandfather awake. He threw himself over my father’s listless body to shield him against what my grandfather always described as an otherworldly chill. A cold hand pressed down on his back. He believed it was the hand of La Muerte, Death.

The cold wind retreated as suddenly as it arrived. My father was still alive, just barely. The doctor arrived the next morning. After a quick examination, he knew what was wrong. He prescribed gotitas de agua. Drops of water on the baby’s lips. Within days, my father’s condition slowly improved. He suffered from dehydration. His sister, my tia Antonia, returned the table to the neighbors, back to the chicken coop where it belonged. When I told this story to my friends at school, I always made sure to emphasize the part about Death paying a visit only to leave empty-handed. • “Did you know one drop of water holds all the fresh water in the world?” a retired park ranger asked me at my booth where I sold water conservation products during an Earth Day event. “How so?” “If we poured all the water on our planet, both saltwater and freshwater, in a gallon bucket, the proportion of water available to shower, water our lawns, drink, and grow food is one single drop.” We live on a water planet. The Earth is two-thirds water, and 97.5 percent of that is saltwater. Of the 2.5 percent freshwater, 69.5 percent of that is frozen. Another 30.1 percent hides in deep aquifers. The remaining 0.4 percent—a drop in a bucket—sustains all the life on this planet. Now when I tell my father’s story to my own children, I emphasize the power of a single drop of water.

THE MOST FAR-REACHING, effective strategy to save water is to eat less of it. Realizing this is what led me to start reading labels and replacing our family’s favorite brands of conventionally raised food with organic alternatives. The transition went largely unnoticed by my kids until my changes in the menu reached the cereal shelf in the kitchen pantry. “Where’s my cornflakes?” my seven-year-old daughter Isabella demanded. “I got us some new cereals to try.” I showed her the choices. “What’s wrong with the kind we always eat?” “These are better for water,” I answered, pointing to the USDA organic seal. “Water? It’s not like cornflakes come soggy,” she griped. “Food grown without chemicals saves freshwater more than any other water-saving strategy.”

Now I had her confused, an improvement over defiant. She’d heard the story about the drops of water-saving my father’s life, and she’d watched my growing passion to conserve water take over the house. It had led to my starting up a small business distributing shower timers. Isabella, as the eldest of three, had joined me at Earth Day events and trade shows. She helped me cover portable tables with blue cloth and stack star- and duck-shaped shower timers in neat displays. She had listened to me rattle off statistics. “You can save 2,500 gallons of water in one year,” I told people. Together we sold 80,000 shower timers. “Isn’t taking shorter showers enough?” Isabella moaned, still yearn- ing for her old cornflakes. I explained that my focus on the shower had been misguided. The same amount of water saved over the course of a year in the bathroom can be saved in a week in the kitchen because seven out of every ten gallons of water is used for food production. I’d been focusing on the wrong room of the house.

A pound of beef has a “virtual water footprint” of 1,851 gallons. Virtual water isn’t directly visible in food products but the concept captures the total amount of water required to produce food. The virtual water footprint of beef represents not just the water a cow drinks, but also the water used to grow all the grain or grass consumed by the average cow over its lifetime. A loaf of bread has a virtual water footprint of 425 gallons, representing the water required to grow and harvest the grain. The United Nations reports each American eats between 530 and 1,300 gallons of virtual water every day. The water footprint of the United States is more than twice that of any other nation. Of course, the water required to grow food doesn’t disappear. Water’s ability to change state from solid, liquid, and gas allows for its endless movement around our planet. When water is drawn from underground aquifers to irrigate crops, the water isn’t gone, but through evaporation and runoff, as much as 50 percent of the water pumped to the surface moves on. When the water moves away faster than it gets replaced, farmland eventually becomes parched and deserts spread. That’s happening now, leaving more than one billion people and counting without sufficient water. • A Facebook friend posted a furious report about her neighbor, describing him as “selfish” and “irresponsible.” His offense? He watered his rose bushes during a drought. Many of the thirty-two responses urged her to report him to the city. She posted she already had. I didn’t reply or hit the “like” button. While I’m glad awareness of the need to conserve water is catching on with the public, sometimes people’s attempts to do something, anything, can be exasperating. There is no lasting effect on the planet to turning your neighbor in for watering his roses or, God forbid, hosing down his driveway, apart from upsetting your particular neighborhood. During each drought period, there is a heightened awareness of water. Articles printed in newspapers and magazines report low reservoir levels, dry wells, and unplanted fields blowing away. From Texas to Tennessee, electric road signs and billboards read severe drought and save water, and we become unofficially deputized as water cops, vigilantes deployed to report the neighbor watering his rose bush. Then when the drought is declared over, it’s the news stories that dry up and blow away. Billboards are replaced, and the conversation moves on to the next crisis. But we remain in the same predicament. Half the world population will experience freshwater shortages, referred to as “water scarcity” events, by 2030. Water scarcity is expected to result in the deaths of millions and an unprecedented rise in military conflicts. Of all the crises coming to a head, water scarcity is the least understood.